Young People of TGS at the launch of the White Book 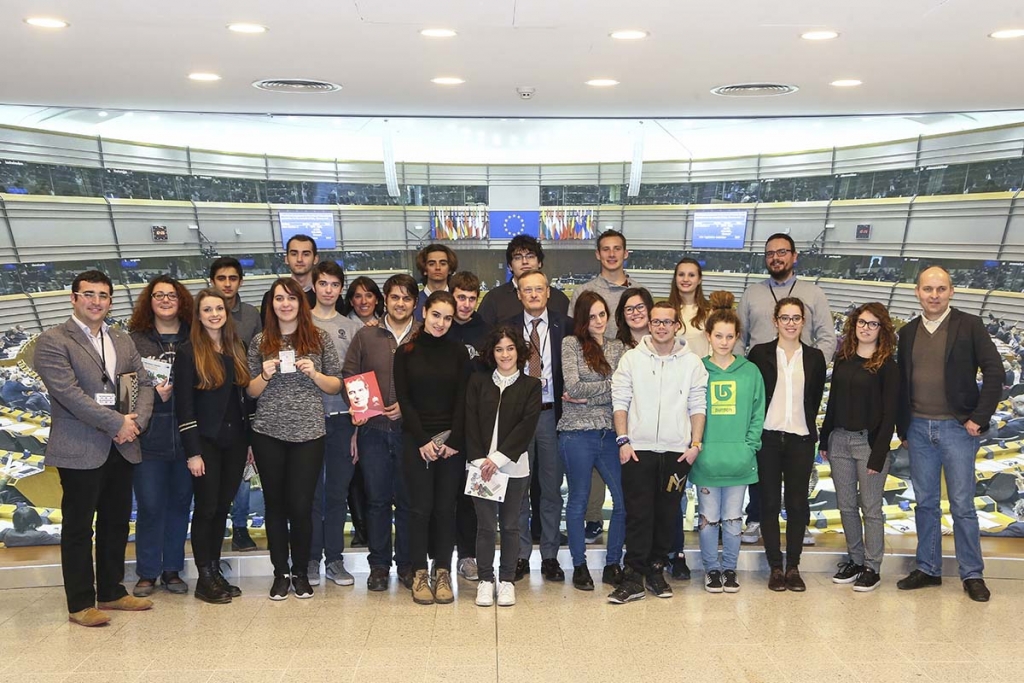 Brussels, Belgium – March 2017 – On 1 March, a delegation of about 25 young people from three Italian provinces – North-East (INE), District of Piedmont and Valle d’Aosta (ICP) and Lombardo-Emiliana (ILE) – attended the launch of the “White Book”, a policy document that will be examined by the EU Council, EU Parliament and the social partners, by the President of the European Commission, and by Jean Claude Juncker in the plenary session of the European Parliament. Their participation was made possible thanks to the invitation of MEP Luigi Morgano from Brescia. In recent months he has supported numerous initiatives of Don Bosco International. The visit is part of the “Program TGS 18+” that the TGS (Social Youth Tourism movement) organizes every three years. It consists of a visit to the European Institutions and Civil Society in Brussels, with the aim of bringing Europe closer to its citizens and enhancing active citizenship in the manner of Don Bosco.