Giovanni Bosco was born into a poor farmer’s family on the 16th of August 1815 in Becchi, a small village in Northern Italy’s countryside near the city of Turin. This was a turbulent period in European history; it was the time of the rise and fall of the Napoleonic Empire and the industrial revolution.
Turin was in the middle of this turbulence. The Napoleonic wars consumed tens of thousands of Italian men. The Council of Vienna divided Italy again into smaller states, resulting in a 50 years period of political instability and more wars. When the first industrial revolution started in Piedmont, many young people were forced to migrate from the impoverished countryside to the industrialised capital of Turin in the hope of finding work and building a better life. Often this proved to be false hope. One could say that the classic liberal ideology of low state intervention was a main factor which led to the systematic abuse of young people of the city who found a job in the workshops and factories. Those who could not find a job were condemned to vagrancy or joined street gangs. Both options often led them to a life in prison. 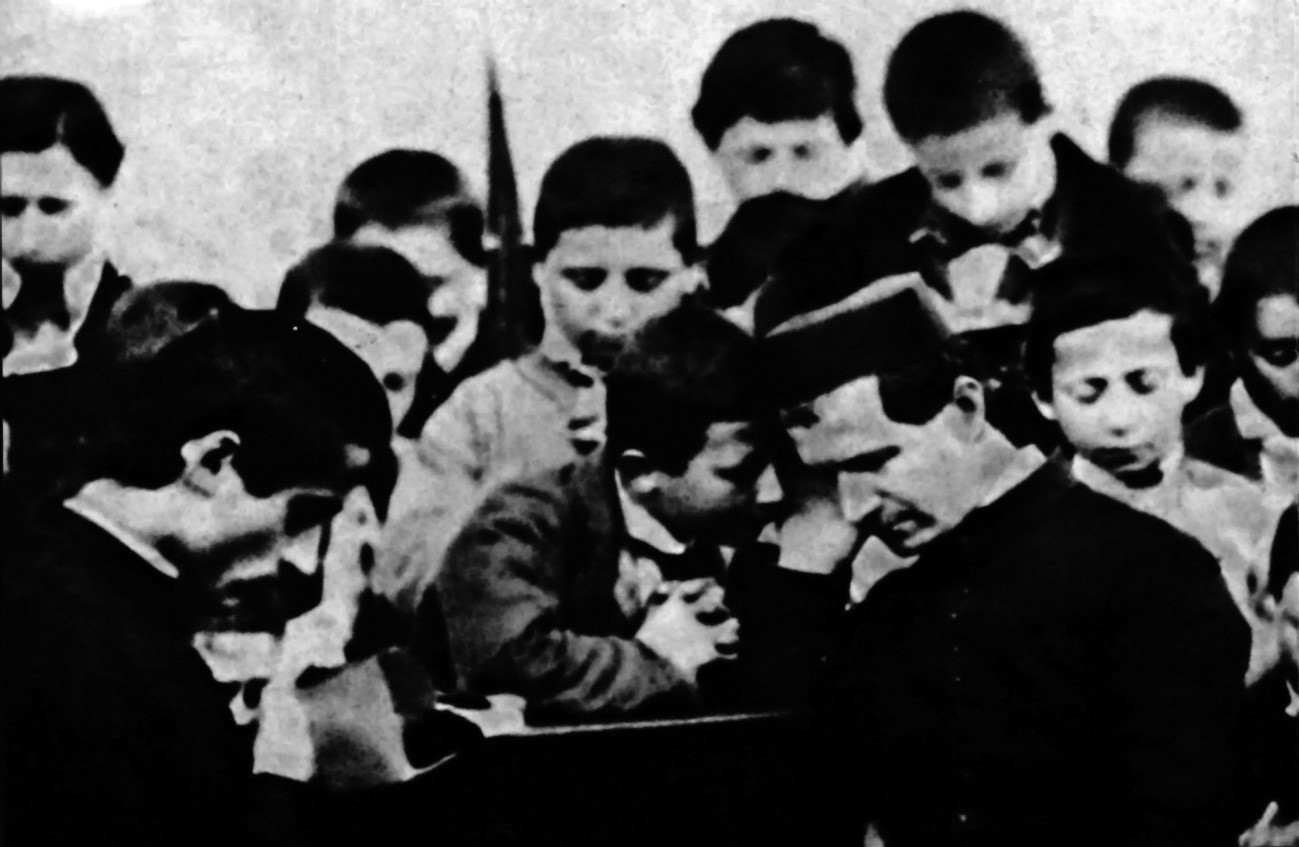 It is in this context where Don Bosco found his mission. After his priestly ordination in 1841, Don Bosco moved to Turin to continue his studies. Part of his work was to visit the prisons around Turin, where he was confronted with young boys being imprisoned together with serious criminals. In the streets he met homeless boys roaming around aimlessly, most of whom were unable to find work, and those that could were generally doing so in terrible conditions. Don Bosco was profoundly moved by the circumstances the boys were living in and decided to dedicate himself to their wellbeing.
Not everyone approved of the idea of a priest dedicating his ministry to working with street children. Don Bosco was forced to make a choice – to continue with his vocation as a priest within the church establishment or with the boys living in poverty. He took the option for the poor. This was not an easy decision to make, as a priest it left him without housing, without promotion prospects or, indeed, much of a future or an income. He chose to live his life on the streets like the boys he was working with.
The core of his work was done in the “Oratory”. 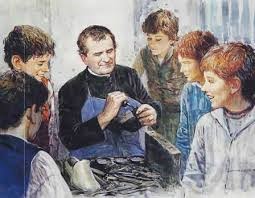 The oratory started as a kind of Sunday school where Don Bosco would meet boys from the street for worship, a breakfast and catechesis. Gradually the oratory developed into a youth centre, which was the combination of a boarding house, a school, a playground and a parish.
The development process from this “ad hoc-structured” Sunday school to the “formal-structured” youth centre is a good example of his pragmatic approach to reality:
The boarding house grew out of the need of orphans looking for a shelter. What was important for him was that the boys would not only find a shelter, but also a home in the oratory. By offering vocational training, such as cobbling or tailoring, the boys learned a trade and could earn an honest living. Don Bosco identified playing as essential to the development of the boys. This is why in the oratory many activities were held for the boys to enjoy themselves, ranging from playing games to developing theatre and wind orchestras. As a Catholic priest Don Bosco used worship, catechesis and confession to teach the boys to become good Christians.

A vital part of this fourfold pattern was balance. No child was pushed to pursue one thing at the expense of the other. When he saw a person constantly in prayer and never in the playground, he was concerned. When a young person was regularly alone and did not feel at home with the rest of the group, he wanted to find out why. When someone was always studying and not spending time with his friends, he would talk to his teachers to balance things up. Don Bosco used this fourfold approach to young people as a way of seeing into their world.
Over the years, through working in the oratories he had set-up, Don Bosco developed a pedagogical approach of working with the boys which he called the ‘preventive system’. The system Don Bosco propagates is to prevent dysfunctional behaviour by a pro-active encouragement of young people, so there is no need to enforce authority. The key element in the system was the constant presence of the educators amongst the boys. The preventive system is based, as Don Bosco calls it, on the triad: reason – religion – loving kindness.
The ultimate aim of the preventive system was not just to render young people profitable for the economy, but as a method for them to find autonomy in life, becoming “good Christians and honest citizens”. Therefore Don Bosco also engaged himself in actively building society through the development of solidarity mechanisms (mutual aid societies), social negotiations (internships, work contracts), and entrepreneurship (workshops).
Of course all this work could not be done alone. First it was his family, friends and the elder boys who helped run the oratories. When the work was growing too big, the congregation of the ‘Salesians’ was founded. The expansion to girls came with the establishment of the order of ‘Salesian Sisters’. Over the years many lay people from different social classes helped out as well. They were eventually organised by the establishment of the ‘Salesian Co-operators’. Also geographically the movement started to expand: France, Spain, Argentina and elsewhere. 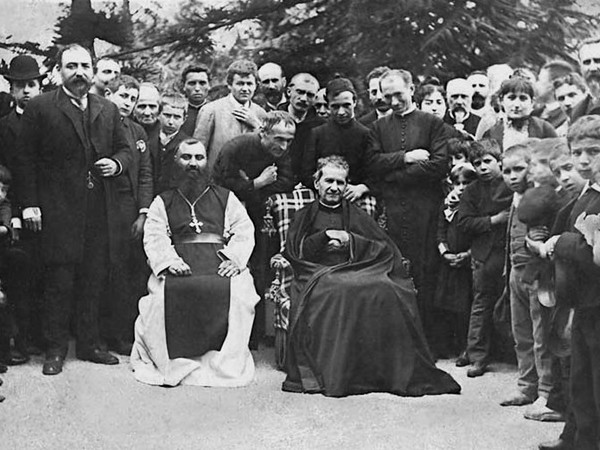 When Don Bosco died on the 31st of January 1888, the Don Bosco Movement was only just beginning.  In the next hundred years, 2.600 houses of the Salesians and Salesian Sisters would open all over the world.