United States – Migration and the Salesian response: Twelfth Meeting on the Preferential Option 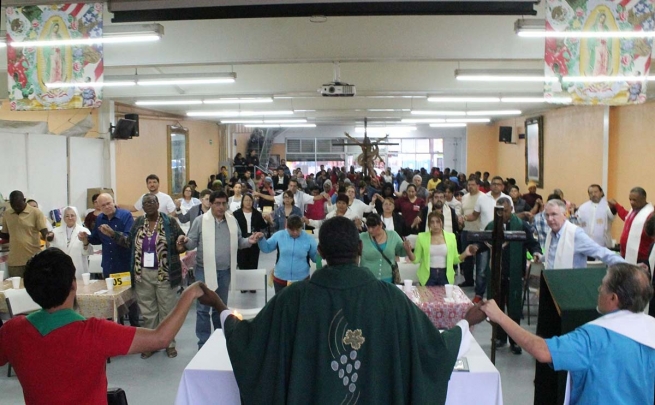 (ANS – Los Angeles) – The Pope’s address at Lampedusa continues to act as a heart-breaking voice to thousands of migrants who, with the hope of a better life, risk their lives, not knowing if they will arrive at “the other place” alive. The Pope’s voice keeps on asking: “Who has wept for the death of these brothers and sisters? Who cried for these people who were in the boat? For these men who wanted something to support their families? We are a society that has forgotten how to weep and how to suffer with others: the globalization of indifference has taken away our ability to weep!”

The Salesians have not lost the perspective. They continue in their efforts to respond to the most pressing issues of the moment. This is why a group of 36 people gathered from 9 to 15 October in Los Angeles in the United States, for the “Twelfth Regional Meeting on the Preferential Option”.

The meeting was attended by Salesians from Mexico, United States, Bolivia, Venezuela, Haiti, Puerto Rico, Peru and Central America. The focus of the gathering was to reflect on the theme “Migration and the Salesian response.”

Undoubtedly, the current reality far exceeds what the Salesians can do, but in the present harrowing situations of so many migrants, you do what you can. Among the data presented at the meeting it was indicated that “145,000 people pass illegally through El Salvador and 63% of these are young.” For the Salesians, young people are not just numbers or percentages, but lives to be saved.

During the meeting about twenty of the participants travelled from Los Angeles to Tijuana to examine the work being done with migrants at the “Father Chava Salesian Refectory” to see at first hand the assistance being offered to immigrants and the homeless.

The objective of this Twelfth Meeting on the Preferential Option for the Salesian Region of Inter-America is “to integrate our approach to migration in the provinces’ programmes for accompanying children, adolescents and young people who are at high social risk.”