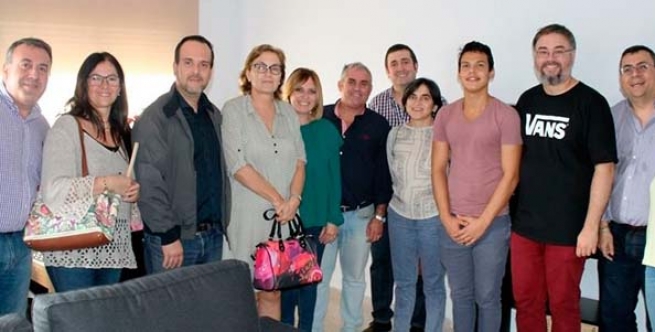 8 November 2016 By Renato No comments yet emancipation appartment, Spain, Youth at risk

(ANS – Burriana) – A few years ago the Salesians in Spain launched a number of new works to meet the new needs of young people, putting the Salesians first in line in meeting young people’s needs. The opening by the Ángel Tomás Foundation of a new building called Buzzetti House in Burriana, near Valencia, fits into this context. The inauguration ceremony was attended by local and Salesian authorities.

The “apartments for emancipation” are educational structures designed to accompany the process of emancipation of young people who, once they become adults, are no longer accompanied by the security measures that were guaranteed in shelters for young people.

The goal of this project of the foundation is to give these young people, mostly boys who were previously in care, a bridge between life in an institution and independent living. This new facility can accommodate 5 people and has the support of the Department for Equality and Inclusive Policies, and the Provincial and Town Administrations. They are intended above all to accompany these young people on their way to full emancipation and adult life.

The institutional inauguration of the project was attended by the Rector of the Salesian house of Burriana, Fr Fernando Miranda, the Regional Director of the Department for Equality and Inclusive Policies, Ms Carmen Fenollosa, the Delegate for Social Activities of Castellón, Ms Elena Vicent, the Mayor of Burriana, Ms Mª José Sanfont, the Councillor for Social Welfare, Mr Manel Navarro, and other local authorities.

The director of the new Buzzetti House thanked all the relevant government departments for their cooperation and the Salesian house in the city for the attention offered to young people.

After the institutional inauguration, taking advantage of the presence of the Vice-Provincial of the Mary Help of Christians Province, Fr Angel Asurmendi, they proceeded to the blessing of the house, by the whole Salesian community led by its Rector, Fr Fernando Miranda, in the presence of educators and young people from the Salesian Social Platforms of Burriana.

With the opening of the Buzzetti apartment for emancipation the Salesian community now has three active social projects in Burriana: one for educational support called the “Open Door Project”, a reception centre for minors called Casa Don Bosco, and now this latest. Through these three projects there are already about thirty young people directly supported by the “Ángel Tomás” Foundation.