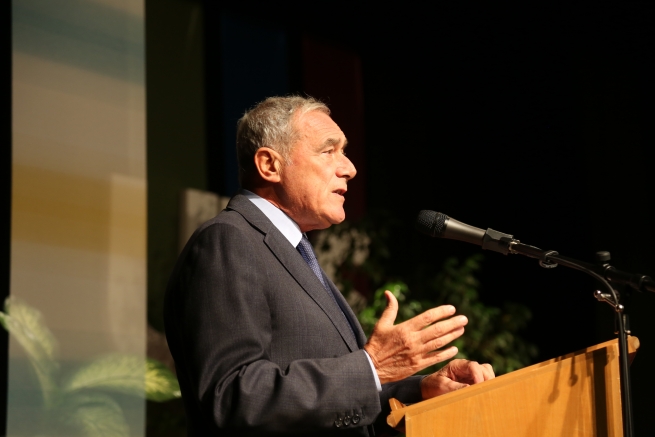 ANS – Rome) – Yesterday, 19 October, marked the inauguration of the Academic Year 2016-17 at the Salesian Pontifical University in Rome. Proceedings commenced at 9.30 a.m. with a Eucharistic celebration at which Fr Ángel Fernández Artime, Rector Major of the Salesians and Grand Chancellor of the UPS, presided. In his homily he called on students, faculty and staff of the University to make it a real home, understood as a “biosphere” characterized by a continuous cultural and educational exchange.

The invitation to make of the UPS a healthy growth environment expands the concept of “Alma Mater Studiorum”, a guide not only in knowledge but also in everyday experiences and lifestyle: a place of philosophical “otium“, where one is regenerated through thought, sharing and discussion.

Subsequently, the President of the Senate, Pietro Grasso, gave a lecture entitled “Educating for legality and an active and responsible citizenship”, in which he invited young people to become aware of their role in political life and public choices.  “In a society that promotes a culture of selfishness and individualism, young people have a responsibility to make tough choices and even accept failure, but also to launch forcefully their dreams and goals.” Senator Grasso defined law as “the strength of the weak and the bulwark against abuses and corruption.”

Through some anecdotes of his youth and his life as a magistrate, judge and anti-Mafia prosecutor, the Senate President stressed that “civic education is in fact the most beneficial investment for a country. Only with this awareness do the distances between society and politics dwindle.”

After his speech, the ceremony continued with a musical interlude followed by the conferral of the medal to Professor Emeritus Fr Vincent Rafael and awards to deserving students.

Finally, the Rector Major and the Rector Magnificus of the UPS, Fr Mauro Mantovani, were awarded the Mediterranean Prize. “Receiving this award is for us a commitment for the future to be bridges of communion between people and builders of peace,” said Fr Á.F. Artime. 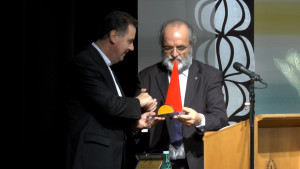 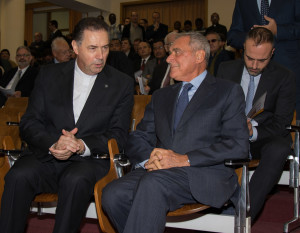