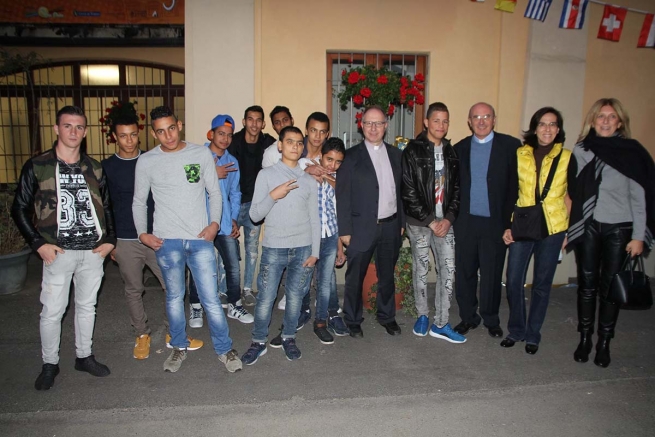 19 October 2016 By Renato No comments yet Refugees, Torino, Unaccompanied Minors

(ANS – Turin) – “I want to draw attention to the situation of underage migrants, especially those who are on their own, calling on all to take care of young people who are helpless three times over – because they are underage, because they are foreigners and because they are defenceless. For various reasons they are forced to live far from their homeland and separated from their family.”  This is one of the central passages of the Message issued by the Pope for the World Day of Migrants and Refugees 2017. In full harmony with the words of the Pope, the Salesians in Turin have inaugurated a new community reception centre for unaccompanied foreign minors.

The centre was inaugurated last Saturday 8 October at the San Paolo Salesian Oratory by Fr Enrico Stasi, Superior of the Salesians in Piedmont and Valle d’Aosta. The San Paolo already hosted six unaccompanied foreign minors but, given the emergence of migration in Europe, the whole oratory community decided to increase to twelve the number of young people cared for. Some gave monetary donations, others worked on the restoration of the premises, and the “mothers” cook and care for the young people.

There are eleven Egyptians and one Albanian, all aged between fourteen and seventeen.  They left their country alone or they lost family members on their journey to Italy. They are mostly Muslims. “For us religious differences are not an obstacle,” commented Fr Stasi. “We do not build walls, but bridges, although in our works the Christian identity is very clear.”

These young people were entrusted to the Salesians by the Office for foreign children of the City of Turin, as part of the project called a ‘Home that welcomes’.  The Fondazione Cassa di Risparmio di Torino helped with the structural work needed.

Altogether there are 250 unaccompanied foreign minors in the care of the city of Turin. Thirty of these are entrusted to the Salesians who host them at San Paolo, in the Oratory of San Luigi and at “Harambee” in Casale.

An education programme has been drawn up for all of them in Salesian schools or Vocational Training Centres to prepare them for employment.

“Like Don Bosco, we try to accommodate young people, especially those most in need,” says the director Fr Alberto Lagostina. 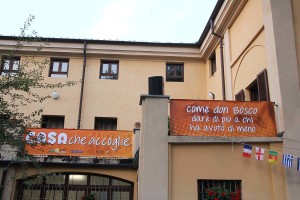