Italy – The ‘dual system’ – a new approach to youth employment 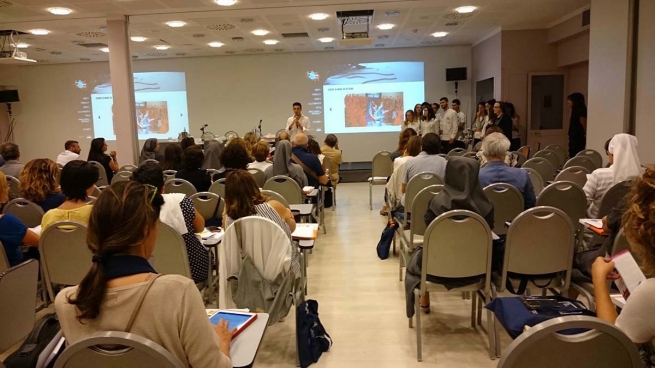 13 September 2016 By Renato No comments yet Dual System, Italy, T-VET

(ANS – Florence) – “Our goal with this seminar was to bring the subject to the table and to hear different points of view,” says Lauretta Valente, President of CIOFS- FP, at the end of the 28th European Seminar held in Florence, 7-9 September. It was organized with the support of the association of category FORM on the so-called “dual system”. The objective was fully achieved, with the participation in the Seminar of numerous influential people from the world of education, professional training, business and institutions.

The topic of discussion was the full implementation in Italy of a professional training programme based on learning and doing by alternating school and work. This is in line with the experiment planned by the Ministry of Labour which will begin this year and will involve 60,000 young people over the next 24 months.

“In the last decade Education and Vocational Training has consolidated its role in our education system.”  So said Professor Pier Antonio Varesi from the Catholic University of the Sacred Heart on the first day of the conference. He emphasized the high number of students, about 300,000, a number that includes many who had dropped our from formal education and also a high percentage of children of immigrants.

On the second day the participants examined the situation in Europe. It was observed that in countries where the dual system is well structured youth employment shows better results. For example in 2010, at the height of the  crisis, 20.9% of young Europeans aged 15 to 24 were unemployed, while in Austria and Germany – where the dual system is rooted – the percentage was less than 10% (Eurostat LFS, 2012).

In the final session the Undersecretary of the Ministry of Labour, Luigi Bobba, confirmed that the Dual System had been introduced in three-quarters of the Italian Regions. The number of hours being spent in work had gone from 150/200 to 400 hours as part of the programme alternating school and work. “This is a cause of satisfaction because these changes were perceived as an extension of the educational perspective. (…) With the CIOFS-FP, in particular, there is a lot of collaboration because they have a large share of the 300 training centres in which the system has been introduced and, undoubtedly, they have culture and tools to make the dual system work.”