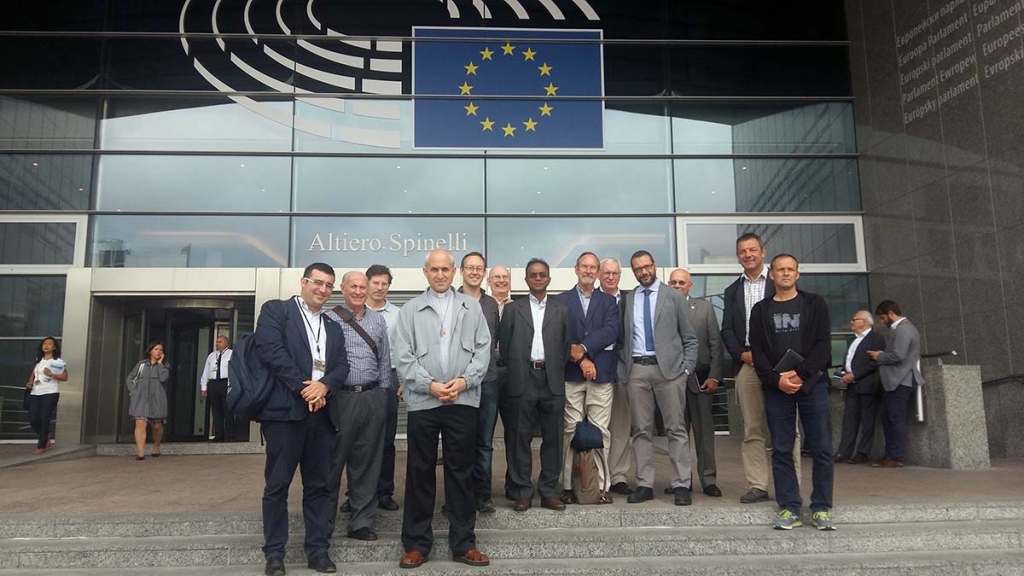 Brussels, Belgium – May 2017 – On May 30, participants of the Don Bosco Network General Assembly (DBN) were able to learn more about major European Institutions. They were led by Don Bosco International, the liaison between the Salesian Congregation and Brussels: they participated in a session of the Development Committee of the European Parliament; met with Paolo Berizzi, European Commission Cabinet Member Neven Mimica, in charge of Development Cooperation; met the leaders of religious inspirational development platforms: CIDSE, Act Alliance and ASVI. Don Guillermo Basañes, General Councilor for the Missions, with Salesians and lay people of the DBN General Assembly, were very satisfied with the institutional tour and new visions gained.