HomeNews Day of Europe: an occasion to make Europe more accessible to its citizens

Day of Europe: an occasion to make Europe more accessible to its citizens 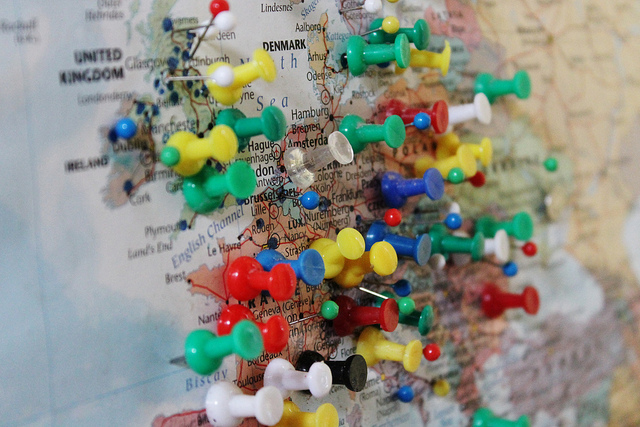 9 May 2017 By Communication Assistant No comments yet Europe Day, Sustainable Europe, White paper

Today, 9th May, we celebrate the day of Europe, due to the commemoration of Schuman Declaration, a statement made by the French foreign minister Robert Schuman on 9 May 1950, proposing to place French and German production of coal and steel under one common High Authority. This cooperation was to be designed in such a way as to create common interests between European countries, which would lead to gradual political integration, a condition for the pacification of relations between them: “Europe will not be made all at once, or according to a single plan. It will be built through concrete achievements, which first create a de facto solidarity.

In 2017, 60 years after the signature of the Treaty of Rome, the international agreement that brought the creation of the European Communities (EC), this integration process it is at risk despite the many success that has brought to the daily life of many European citizens. The recent elections in France, Netherlands and Austria, where extreme-right nationalist parties, that questioned the EU project or the success of Brexit in the UK’s referendum last year, show that EU project is not consolidated. As it is usually said, we do not value something until we lose it.

This is due to the considerable number of EU Citizens who feel a big distrust in the European project and its institutions, despite the benefits they enjoy such as: freedom of movement, Erasmus Programmes, mobility of workers or EU Citizens’ Charter Right… This distrust has given power and echo to the rise of nationalisms that we mentioned before.

To counteract this phenomenon, European Commission released the White Paper on the future of Europe: Avenues for unity for the EU at 27, presented by Jean Claude Juncker on the 1st of March. The White Paper sets out five scenarios, each offering a glimpse into the potential state of the Union by 2025 depending on the choices Europe will make. The scenarios cover a range of possibilities and are illustrative in nature. They are neither mutually exclusive, nor exhaustive.

For this reason, as Don Bosco International, together with many other Civil Society Organization have proposed a 6th Scenario: “A Sustainable Europe for its Citizens”. We want a European Union where sustainability lies at the heart of the European project; the EU27 will prioritise the interest of citizens, in the EU and beyond. Europe will have a stronger focus on Europe’s core social values – democracy and participation, social justice, solidarity and sustainability, respect for the rule of law and human rights, in and outside of Europe.

In such a scenario, European citizens seek economic, social and environmental well-being. Economic well-being in the form of prosperity for all, starting with redistribution of wealth. Social well-being in the provision of quality, inclusive and affordable public services, promoting cultural diversity and a caring society.

Europe will be inclusive or will not be! As Salesians we work with young people, the present and future of our societies, who usually exclude young people from decision-making. Bridging the gap between European Union and our Salesian presences and empowering our young people to understand and engage actively as honest citizens is at the core of Don Bosco International mission in Brussels.