Don Bosco International as presence and voice of Salesian Congregation towards European Institutions has among its responsibilities to react to situations which go against our principles and charisma, when attacking the dignity of human beings, with especial attention to young people in risk of social exclusion.

Therefore, we have done the following Public Statements:

For a Reinforced Youth Guarantee

On the 2nd of March 2020, Don Bosco International (DBI) participated in the Strategic Dialogue Meeting on reinforcing the Youth Guarantee. This was the first meeting on this topic organized by the DG Employment and Social Affairs of the European Commission (EC) since the beginning of the new EC mandate (December 2019 – November 2024).

In her Mission letter, President von der Leyen asks Commissioner Schmit to “reinforce the Youth Guarantee”. The initiative is now part of the Commission Work Programme for 2020. The Communication “A Strong Social Europe for Just Transitions” of 14 January 2020 stated that the new Youth Guarantee will reach out to young people, supporting them in developing skills and gaining work experience, in particular those relevant to the green and digital transitions. The European Green Deal also announced that the Youth Guarantee will be updated to enhance employability in the green economy.

The aim of the meeting was to consult Civil Society Organisations (CSOs), such as DBI, on the possible areas in which the existing Youth Guarantee could be reinforced, taking into account the identified problems and drivers. The views from the civil society will serve as valuable input for the Commission’s proposal for a Council Recommendation on reinforcing the Youth Guarantee, foreseen in the second quarter of 2020. DBI was able to draft an essential statement on how to reinforce this measure in favor of the most disadvantaged among young people.

Read the Statement of DBI on Reinforcing the Youth Guarantee 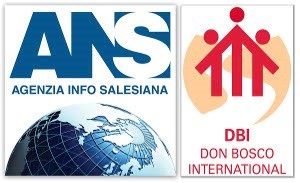 Salesians: South Sudan, a country in its infancy, has a right to peace and development

Between Sunday and Monday last, thousands of frightened people sought refuge in the Salesian mission at Gumbo, 8 km from the centre of Juba, in South Sudan, because of the resumption of armed clashes. Now the mission is home to a huge number of people: between 5,000 and 8,000 by day, a number that increases at night because many return there to sleep. And they need everything: food, water, basic necessities.
But the mission cannot cope alone with the needs of several thousand refugees, especially because of the impossibility of getting new supplies since the roads and the airport are blocked. (…)

For this reason the Salesians wish to be the voice of the voiceless, the poor people who came to the mission en masse and with virtually nothing. We therefore extend an invitation to the international community, NGOs and the general public not to turn the other way, but to act quickly in the appropriate fora, to ensure that the ceasefire holds and to persuade the rival groups to return to dialogue so that the people may enjoy their right to peace and social stability in the area. 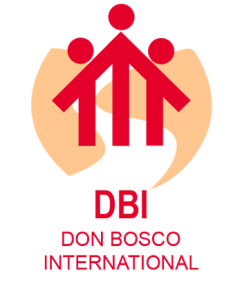 We Salesians of Don Bosco work on the inclusion of migrants and refugees in Europe and other continents and are Concerned about the implications of the Agreement between the European Union (EU) and Turkey.Whilst recognising that it may bring a temporary improvement to a currently chaotic situation, we believe that the accelerated provisions in the Agreement go against at least the spirit of the Convention on the Rights of the Child (Art. 3, 22), the Geneva Refugee Convention (1951/1967) and the Charter of Fundamental Rights of the European Union (Art. 18).

Since the phenomenon of irregular migration is part of the emerging European reality, we are confident that rather than being pushed back at the borders, unaccompanied minors, young people and families seeking asylum in the EU can be afforded a chance to rebuild their lives in the European Union through the provision of quality services that meet their needs.

As Salesians of Don Bosco we believe that inclusion promotes citizenship and participation in society.  For us, diversity is a value and our presence in 23 EU Member States seeks to include young migrants in society, offering them educative opportunities and a high standard of services adapted to their needs, that they may have a real chance to start again in life.

78 organisations active in the field of children’s rights strongly welcome that this year’s European Forum on the Rights of the Child focuses on protecting children in migration. Children represent a significant proportion of migrants and refugees. At least 1 in 3 people arriving to Greece by sea in 2016 were children. In the same year, the number of unaccompanied children arriving to Italy has doubled compared to 2015. However, actions for children have remained uneven and insufficient. Responses to migration cannot be effective or protect children unless they systematically take into account their best interests and specific needs.

Don Bosco International is not working alone in his advocacy task in Brussels. We usually cooperate with other NGOs, platforms and alliances in order to reach a higher number of policy and decision makers.

Therefore we have endorsed the following statements in coordination with other NGOs and platforms at European and International level. 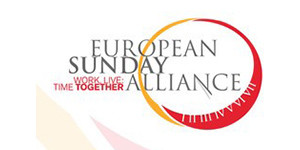 On the occasion of European Sunday Alliance Conference on 15th November 2016 we have launched a Resolution for a better work-life-balance and synchronized free time in the age of digitalization. The Resolution is aimed at activating civil society and politicians to use the opportunities for a better work-life-balance and to limit the risks created by Digitalization for the benefit of all European citizens. Don Bosco International has pledged this resolution and it is still open for signature that you can find in the link below. If willing to do so, please write us to dbi@sdb.org

A new Europe for people, planet and prosperity for all

Europe is at a crossroads, and the future of European cooperation and the benefits it brings are at stake. This is about the future of our society and how we want to be viewed by the wider world. The future of our planet and the kind of Europe our children will grow up in. The current crisis highlights the urgent need to reflect on fundamental questions: how do we ensure that the European project reclaims its promise of peace, democracy and solidarity? How can Europe work for its people?

Together with Caritas Europe, Jesuit Refugee Service, Act Alliance, Churches’ Commission for Migrants in Europe and ICMC Europe we share our concerns regarding  several European initiatives preventing people from coming safely to Europe to ask for protection or simply to have a better life. One example is the European Commission’s proposal on the Partnership Framework is a turning point, with the virtually complete externalisation of EU migration policies.